WKCTC to Hold Spring Commencement May 5

Paducah, KY (04/09/2018) — West Kentucky Community and Technical College will honor more than 1,000 candidates for graduation during its spring commencement May 5 at the Luther F. Carson Four Rivers Center.

WKCTC alum Matt Snow will be the featured speaker of the ceremonies, which will be held at 10:30 a.m. and 2:30 p.m. Paducah residents Meagan Truitt and Gavin Posey, who were recently named to the 2018 Kentucky Community and Technical College System All-Academic Team, will be the student speakers at both ceremonies.

Snow, the executive director of facilities at Baptist Health Paducah, manages 80 people in engineering/maintenance, bio-medical engineering, laundry, security, valet, and switchboard. Certified as a professional engineer and energy manager, Snow was recently named the 2017 Young Leader of the Year by the Four Rivers Business Journal. He has also been named the 2017 Regional Leader by the American Society of Healthcare Engineering and a Kentucky Colonel in 2016.

Student speaker Meagan Truitt said being homeschooled allowed her and her two younger brothers to have a bit more freedom to cater to each of their passions and strong points. "For me, that meant focusing on art and music," said 22-year-old Truitt, who will be graduating with an associate in fine arts degree from WKCTC in May. "I've played piano since I was 12 and have loved to draw and make art from a young age. I was a teenager when I began to seriously consider art as something I could do in the future, and now I can't imagine pursuing anything else."

Truitt said her experience in a high school summer art program at WKCTC's Paducah School of Art and Design (PSAD) is what eventually led her to study there. "PSAD has fantastic facilities and professors, and I feel incredibly lucky that I have a school like this one so close to home," she said.

Fellow student speaker Gavin Posey said attending WKCTC has helped him develop into a stronger leader and individual. He expects to earn an associate in science degree and an associate in art degree from WKCTC in May. "One of the things I have noticed most since beginning my higher education at WKCTC is how invested our school is to students' success. I have seen it every day, whether it is in the classroom or around campus. By placing yourself at WKCTC, as a student, as faculty, or as staff, you are making a commitment to achieve great things," said the 20-year-old, who is a triplet will walk across the stage with his brother Mason May 5. They will then cheer for their sister Brooke, who is set to graduate from the WKCTC nursing program in spring 2019.

Posey has maintained a 4.0 GPA during his two years at WKCTC. He has also dedicated himself to making a positive difference in the lives of students on campus and across the state. He has served as the Student Government Association (SGA) president, vice president of Phi Theta Kappa-Iota Eta Chapter, vice president of the film club, and a student ambassador. A graduate of the Paducah Youth L.E.A.D. program, Posey is also one of two students elected by their SGA peers to serve on the KCTCS Board of Regents. Posey was also named Student of the Year for 2017.

Posey plans to transfer to Murray State University (MSU) this fall to study organizational communication. He said he will continue to be involved on campus and the community in Murray but will not forget WKCTC. He said the past two years at WKCTC has prepared him for his continued education and life beyond college. He plans to get involved in the Student Government Association at Murray and would consider the possibility of running for SGA president if the opportunity is right.

"I will miss being a part of WKCTC after I complete my associate degrees. However, I know the future is in good hands," he said. "Maybe one day you'll see me back here at WKCTC as an employee." 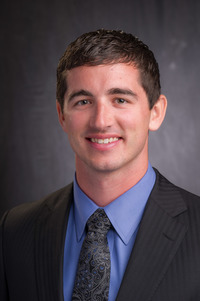 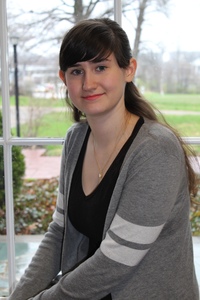 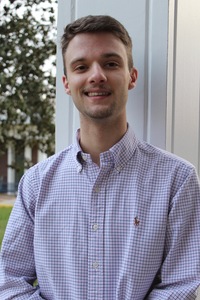 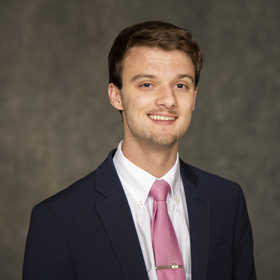