WKCTC Commencement to be held at Carson Center May 11

Paducah, KY (04/26/2019) — More than 1,000 West Kentucky Community and Technical College students are eligible to participate in one of two of the college's Spring Commencement ceremonies May 11 at the Luther F. Carson Four Rivers Center.

The ceremonies will be at 10:30 a.m. and 2 p.m. The Commencement keynote speaker will be Bob Wilson, director of pupil personnel for the Ballard County School District.

The youngest of seven children, Wilson was born and raised on the family dairy, tobacco, and row crop farm in Carlisle County. The journey to his educational career today culminated through a very nontraditional path. Neither of his parents earned a high school diploma due to various socioeconomic hardships and health issues, but they continued to instill in the lives of their children the importance of education and the doors it would open.

A 1984 Carlisle County High School graduate, Wilson enrolled in summer courses at Paducah Community College, one of the founding institutions of today's WKCTC. He followed up with fall enrollment at Murray State University, but struggled to find a path he was passionate to pursue for a life-long career. In 1987, Wilson left MSU to begin work at General Tire and Rubber Co., where he was employed until job cutbacks in 1991. Out of work, Wilson began substitute teaching.

"That was my defining moment. I saw first-hand the impact education has on young lives," said Wilson, who re-enrolled at MSU to major in agriculture education.

Wilson began his educational career as an agriculture education teacher in the Carlisle County School District. He continued his educational advancement by earning a master's degree and thirty hours above for a Rank 1 status. He then served as the director of pupil personnel and transportation in that district for three years. In 2004, Wilson was named the director of pupil personnel along with many other leadership roles in the Ballard County School District, where he continues to serve in this capacity. He has participated in and been elected to various offices on the Region 1 DPP Board. He has also been instrumental in his community by spearheading the WAVE Four River Counties Ag Initiative to drive economic development, and serves as the committee chairman.

WKCTC student speakers Callie Hughes and Dylan Richards will join Wilson on stage to share their stories and thoughts of encouragement with their fellow graduates and commencement guests. Both also represent WKCTC and the Kentucky Community and Technical College System (KCTCS) as 2019 KCTCS-All Academic Team members.

"When asked to be a commencement speaker, I felt very privileged to have this kind of opportunity. It is a little nerve-wracking since I am a pretty shy person, but I would love to speak what is on my heart to the graduates and thank everyone who has been a part of my success," said the 19-year-old Hughes, who is also an All-USA Academic Team nominee. "I also feel so honored to be selected as an KCTCS-All Academic Team member. The first thing that came into my mind was, 'Is this for real?' On top of that, being selected as an All-USA Academic Team nominee was just mind-blowing. I feel very blessed to be a part of this. It is so humbling to be able to represent WKCTC and KCTCS in these ways! This would not be possible without the endless support and encouragement from the people in my life."

As a little girl, Hughes was fascinated with the computer. Her mom had an old Gateway computer that she would let her daughter use while she was completing accounting work at home.

"While she would work, I would also 'work' by pretending to have customers that I would fill paperwork out for and create documents for them through programs such as Microsoft Word, Excel, and Publisher. I just loved to experiment on the computer and learn new things. I knew that I would be doing something with computers in my career," said Hughes, who is earning an Associate in Applied Science degree with a medical information technology/medical administrative track.

Hughes said as a Community Christian Academy senior, she knew she wanted to pursue a career in business, but she was also interested in the medical field so the combination of both lead her to her field of study.

"Completing an internship through my program helped me grasp what my field of study is like in the actual workplace. This gave me clarity and a new perspective on what I really want in a career," said the Marshall County resident. "I realized that I am more interested in the business aspect so I will be continuing my education at WKCTC by taking more accounting classes this fall."

During her time at WKCTC, Hughes has maintained a 4.0 GPA, been a member of the Phi Theta Kappa Honor Society and served as a student representative of the medical information technology advisory board committee.

"My ultimate goal in life is to glorify God in all that I do, pursue a career that I am passionate about, learn new things, be involved in my community," Hughes said "I want to help others with my own experiences and leave a legacy for the people after me."

When Dylan Richard graduated from McCracken County Hight School in 2017, he wanted to be a physical therapist. But after taking a First Year Experience class at WKCTC and taking advice from his advisors, he realized his true calling - to be a teacher.

"WKCTC helped me realize my passion in history and that my desire to help others could be used through teaching," said the 20-year-old Richards, who is earning an associate in arts degree. "If I had gone to a big university right out of high school, I don't believe the decision would have been as clear."

He plans to transfer to the University of Kentucky to earn a master's degree in education, come back home to Paducah and teach at a local high school and eventually run for public office.

During his time at WKCTC, he has served at the president of the WKCTC's Phi Theta Kappa Honor Society, the vice president of the Student Government Association, has been student ambassador, a West Kentucky Stars basketball athlete, a TRIO tutor, a member of the Spanish Honor Society, and secretary of the Kentucky Education Association chapter. He was also named the college's 2019 Student of the Month. Through his volunteer work in the Paducah community he received the honor of being named a Kentucky Colonel and a Duke of Paducah. He also graduated from the Paducah Youth L.E.A.D. program. These are some of the reasons, he was selected as and a member of this year's KCTCS-All Academic Team and a student commencement speaker.

"It is a huge honor to be selected to the KCTCS All-Academic Team. There is a lot of talent here at WKCTC, so for people to think of me in that same manner is amazing," Richards said. "I have worked very hard during my two years here and now as I see my last semester coming to a close, I see it all paying off. I always knew one day it would." 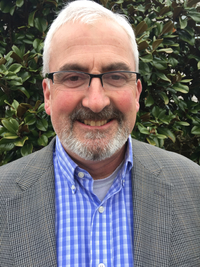 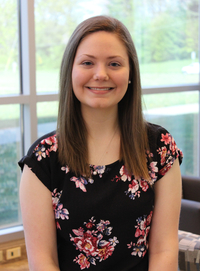 Callie Hughes, a student speaker for WKCTC Commencement May 11. 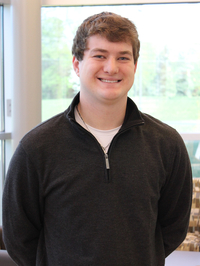 Dylan Richards, a student speaker for WKCTC Commencement May 11. 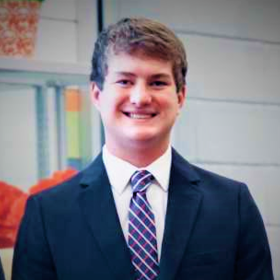